For One Night...You Can Stop Believin'!

The dream of the 90s is alive and well...EVERYWHERE!
But 90s music was more than just angst and grunge.  It was sugar-pop choruses, gangsta rap, boy bands, girl bands, one-hit wonders, punk guitars, and...Oasis.  Hit Me 90s is the all-live tribute to the decade that brought you everything from "Gangsta's Paradise" to "Been Caught Stealin'".   Hit the dancefloor and sing along to the childhood favorites you've forgotten about, and relive the moments you and your friends will never forget.

"[Hit Me 90s] could easily use pre-recorded tracks as a crutch, but they actually bring live instruments to the stage.  The band spurred the crowd into action...and a decade into performing together, they haven't lost sight of their singular and simple goal: having fun." Music Connection Magazine

"My favorite 90s band, Hit Me 90s!  Come see them when they're not playing with a bunch of f#ckin' guys who sing girl songs." Dan Finnerty, The Dan Band 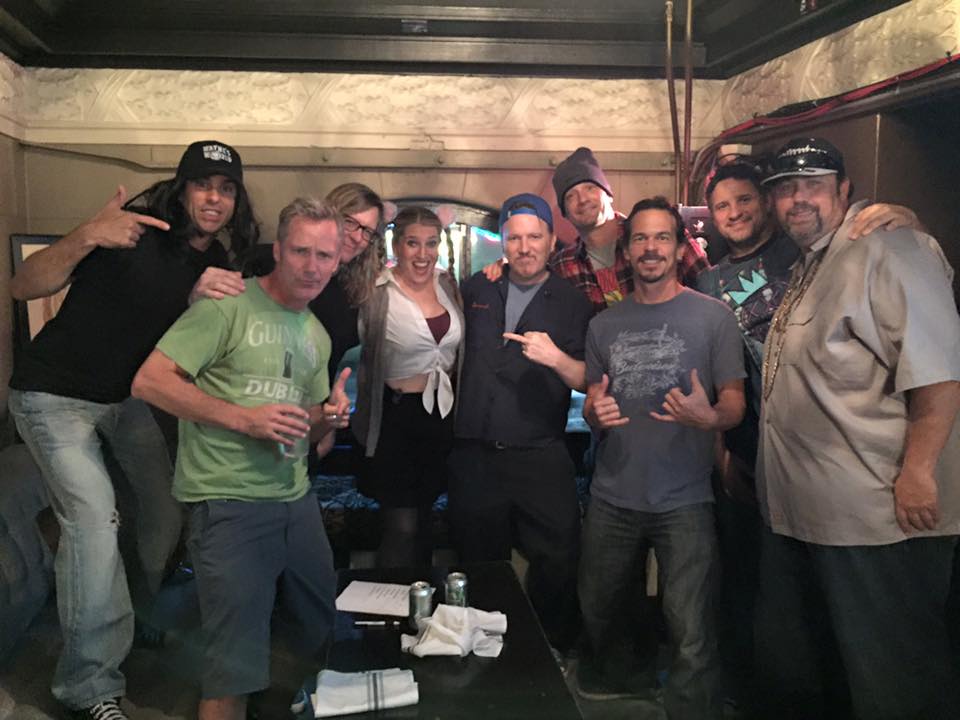 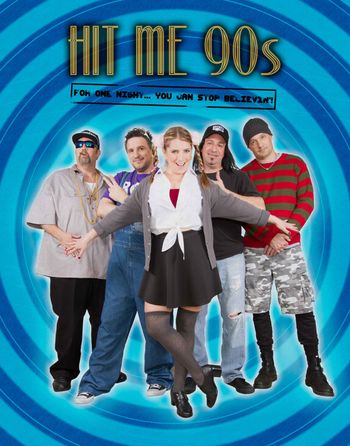 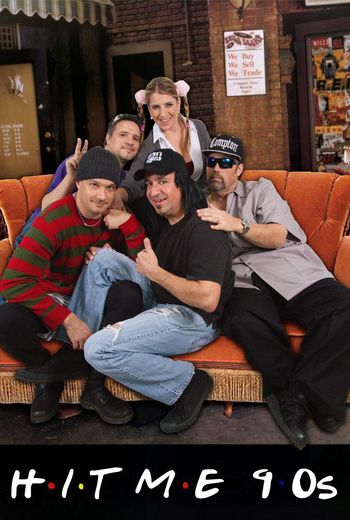 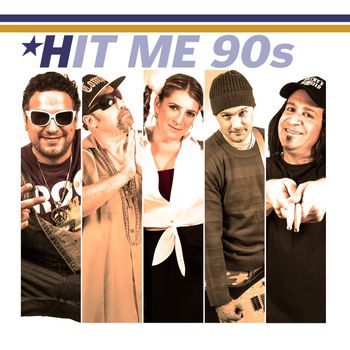 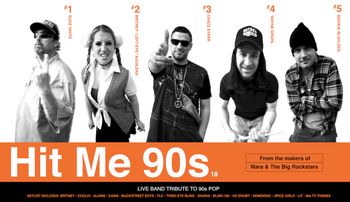 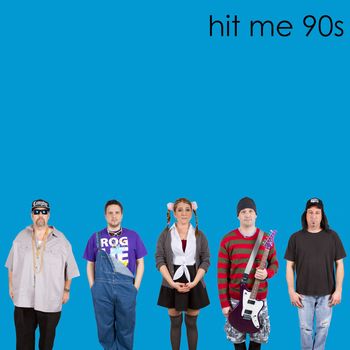 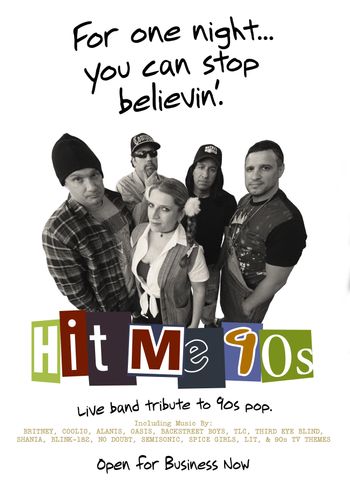 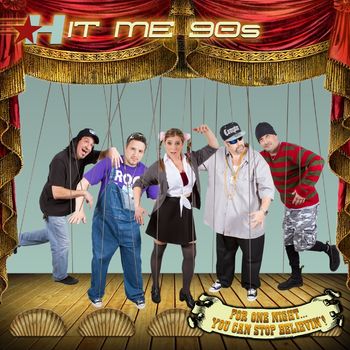 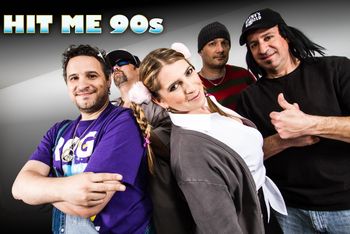 It’s 90s night in Whittier! Join us for a free concert in the park. Bring your lawn chairs, picnics, and blankets. Pets, alcohol, barbecues, and smoking are prohibited.

Join us for our 2022 line-up for the Summer Concert Series in the Park! This year we have an exciting line-up for everyone! Grab a friend, your lawn chair and don't forget your dancing shoes.

90s Night: Hit Me 90s – Hit the dancefloor and relive all your 90s favorites. Concerts begin at 7:00 p.m. but activities such as our Kids Zone, Twilight Swim, and Community Vendors will begin at 6:00 p.m.! For more information or if you have any questions, please call the Community Services Department at (714)562-3860.

Hit Me 90s at Rancho Cucamonga Concerts In The Park

Join us for a family-friendly 90s show outdoors in Claremont!

“As long as there be music we’ll be coming back again!!” See you Thursday 6/15 at @city_of_corona FREE Summer Concerts! Bring the family for a night of singing and dancing along to your favorite 90s jamz including Alanis, Coolio, No Doubt, Shania, TLC, Blink-182, TV themes and more!

Check out your fave 90s jamz in the streets of Sherman Oaks! This free community fair attracts over 100,000 people from all walks of life. The fair takes place along a half mile stretch in the heart of Sherman Oaks. Join us for our 29th year!

Deep Dive at Aquarium Of The Pacific 90s Night

One of the best aquariums in the world at night with a glass of wine, 90s bands, and NO KIDS? SCHWING!!!

Come in for a special edition of Night Dive (ages 18+) where the bands and DJs will be playing 90s throw backs all night long and you can take in some art and culture that is all that and a bag of chips. Speaking of grub, grab a bite from one of the food trucks on the front plaza or purchase a drink inside the Aquarium at one of the cash bars.

Hit Me 90s is back at Fiesta Hermosa Beer Garden to close out the summer season. Sing and dance along to your fave 90s jamz while drinking to support community charities.

Hit Me 90s @ Brea Fest Taste Of The Arts

Join us for the event that lights up the Brea Civic & Cultural Center on Friday, August 16 from 6:30PM – 10PM! This community favorite combines a celebration of the arts, live music and a feast of delicious food and beverages from over 30 outstanding restaurants.

Hit Me 90s @ Monrovia Concerts In The Park

The Public Services Department, will be hosting a 2019 Summer Concert Series. Bring the entire family for an evening of free musical entertainment from 7 p.m. – 8:30 p.m. Bring your lawn chair or blanket, sit back, relax and enjoy the 90s!

Come to Fairmount Park this summer for the annual award winning Summer Concerts in the Park! This event hosts a variety of amazing bands and activities for the entire family! A beer garden and an assortment of food vendors will also be available. The event includes an unlimited youth fun zone featuring a bounce house, face painting, balloon artists and slot car racing each week! Free 90s night for the whole family.

It's 90s night at The Fifth! Party on the roof under the Disney Fireworks while singing along to your fave 90s jamz.